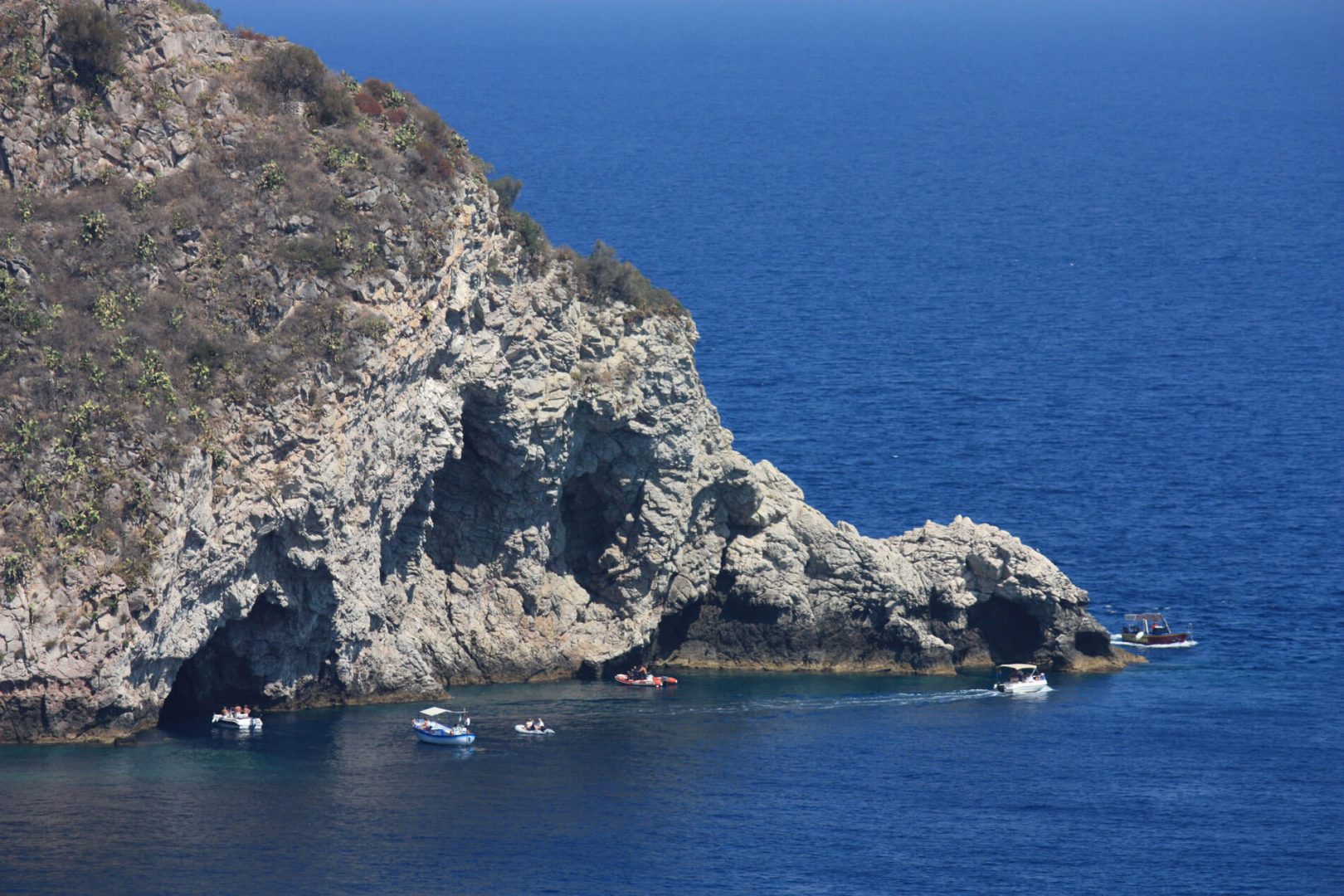 Experiences in the Aeolian Islands

…Seven sisters, seven islands form an archipelago. They have seven names. They all are wonderful, very very beautiful: their names are Lipari, Alicudi, Filicudi, Salina, Panarea, Stromboli, Vulcano.
Each one has its character, unique and secure.
they all form a unique family

“The Aeolian Islands”
…which one can we prefer? No idea, it’s certain that the traveler, once he visited, breathed, lived just one of the seven islands, should inevitably breathe because of the emotion and should be conscious about he could not come back home if he won’t see the others. It is guaranteed

It’s possible that first human settlements, in Neolithic age, some centuries before 4000 BC, occurred in Aeolian Islands because they were rich in obsidian (volcanic origin element) that was employed for several aims (there are traces of obsidian from Aeolian Islands in Sicily, in Southern Italy, in Liguria, in Provence and in Dalmazia).

Since they stood, and stand, in the middle of the most important maritime routes between the East and the West, Aeolian Islands always had been a strong importance from a strategic, economic and military point of view.

In this land several dominations succeeded, the first one was the Greek colonization. Then Romans came, and then Arabs, Normans, Spaniards and Bourbons. Every single domination left tracks, evident still today, in all the territory.

We have to say that, all over the centuries, Aeolian Islands, in different moments, besides having been theatre of important naval combat, were also devastated by significant epidemics. Because of them, local people often migrated, returning subsequently in the mainland or in near Sicily, and, furthermore, in Calabria or in Campania.

These vents happened so frequently that, step by step, islanders changed their surnames and, in order to distinguish themselves, they adopted local surnames according to the places where they took refuge in during the epidemics.

In fact, the surname “Tesoriero”, very common in the Aeolian Islands, stands for a family that used to migrate at Tesoriero, important town in the near region Calabria.

It is true that Aeolian Islands are amazing, fascinating, enchanting, both for the beauty of the landscapes and for the natural uniqueness which are in. Nature is always in ferment, it is alive, as it is testified by the active volcano, “Stromboli” (the same name of the island where it stands) and by the frequent effusive activities in the island of Vulcano.

Such charm has always encouraged man to join myths and legends in order to justify these wonders. Greeks and Romans identified Eolo, God of the winds, from whom the name of the Archipelago comes.

But Aeolian Islands are not only myths and legends, they are also inspiration for eminent film directors: Roberto Rossellini with “Stromboli, Land of God” featuring Ingrid Bergman; Wihelem Dieterle with “Vulcano”; Michelangelo Antonioni with “The Adventure” featuring Monica Vitti and, the last but not the least, Massimo Troisi in “Il Postino”.

Before them, other travelers were overwhelmed by their mysterious charm (Alexandre Dumas, Jean Houel) and, due to the history they represent, they were and still are destination for archeologists, historians and art historians.

The Museum of Lipari is named after Luigi Bernabò Brea. In it is contained the entire history the Archipelago.

What else… Pure and luxuriant nature, breath taking seabed, wonderful bays, active volcanoes, and beaches. We can indicate white and soft beaches (because sand is made of pumice), to discover this you must go to Lipari; if you prefer black beaches, you must go to Vulcano; if you prefer a tuff-dug beach instead, you have to go to Salina.

It is possible to go on sail (underwater activities and by boat), in the dry land (trekking activities), to the volcanoes (don’t miss the fire explosion, “sciara del fuoco”, in Stromboli), and on flight (paragliding activities).

Get ready for this trip, just in this way everything will be clear.

Reaching Aeolian Islands, as well as all Sicily, means to get ready for an experience that, besides involving mind and soul, also implicates the five senses through the palate. Typical products and local dishes, fresh fish, cheese, meat, fruit.

It is important to say that Greek and Romans told that the sea provided a high quantity and variety of fish. They also recommend the usage, in the cookery, of herbs and aromas and one ingredient, the caper, with medicinal properties.

In their total integrity, Aeolian typical dishes are featured by all the things that nature gives: meat, cheese, fish, vegetables in all courses (first and second courses, fruit and desserts).

To remember the famous “malvasia delle Lipari” which is the final taste.

… come on, just a jump and you reach us in these extraordinary islands…
We, the operators of Discover Messina Sicily, tell you about them, about these islands, and we do it through our tourist services and excursions, with our tour guides and tourist assistants in Italian, English, Spanish, French and Romanian.
We of Discover Messina Sicily organize with you “your next trip report”,
That you will share with people you love.

Tours & Excursions to the Aeolian Islands 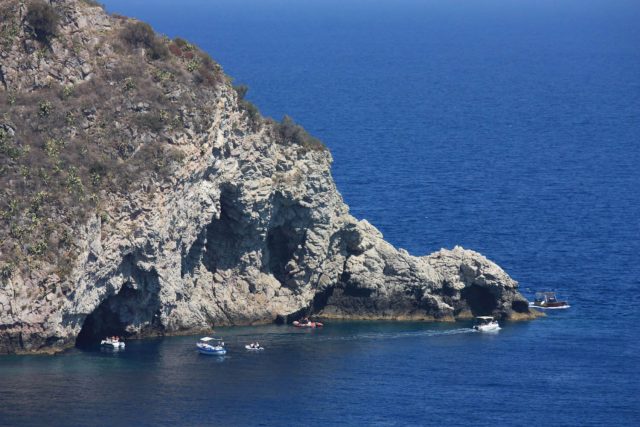 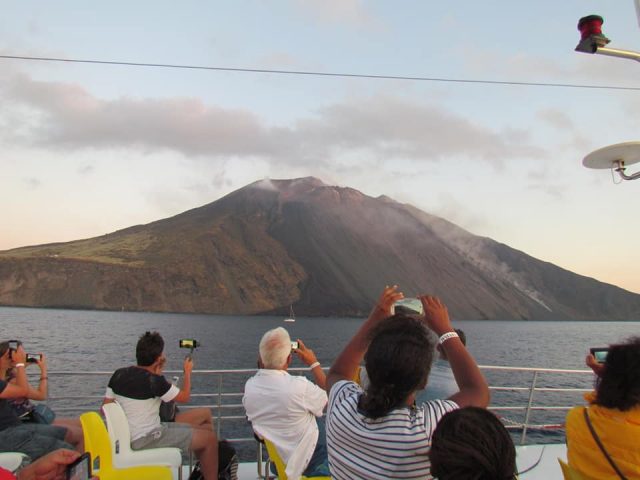