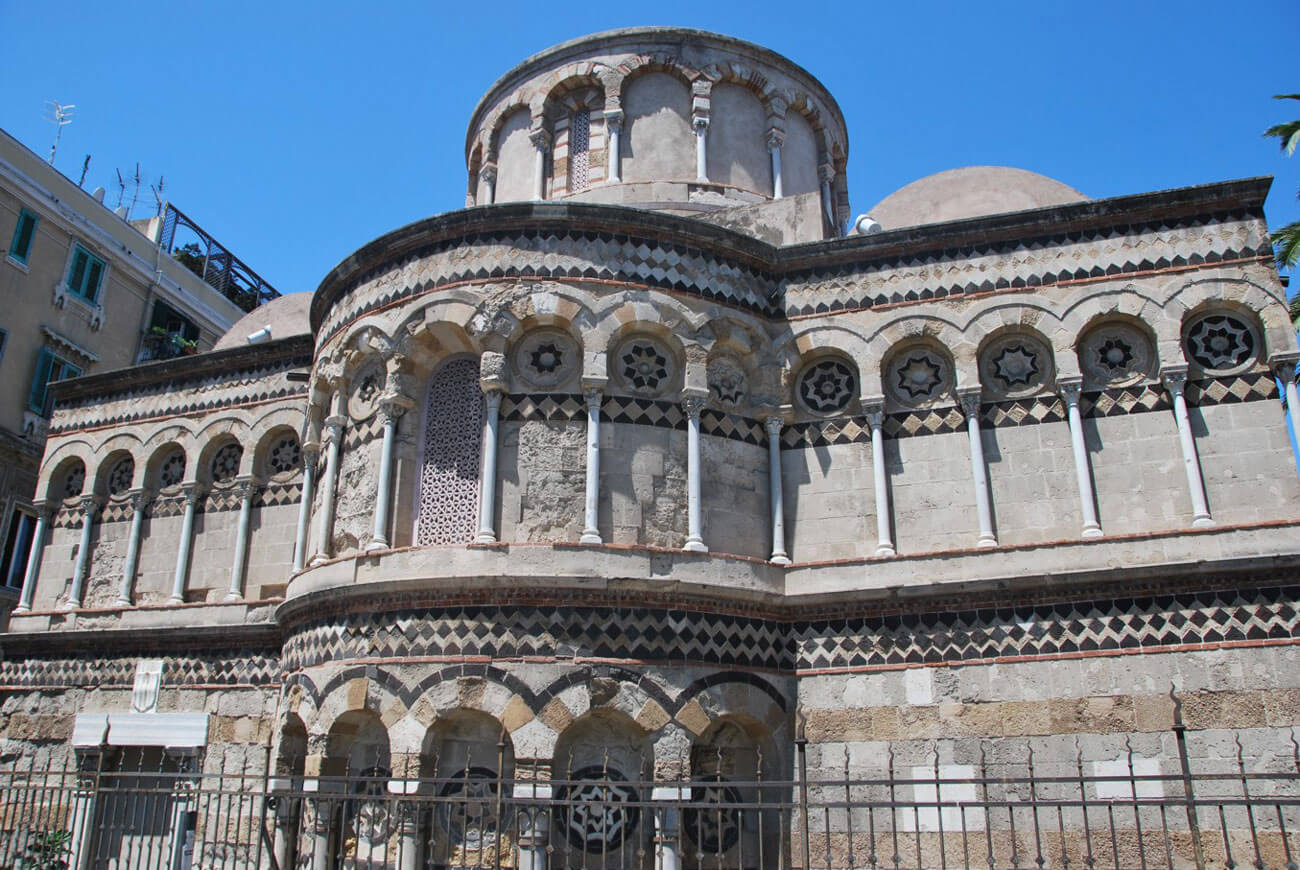 CHURCH OF SAINT ANNUNCIATION OF THE CATALANS

The Church of Saint Annunciation of the Catalans was built in Norman period, between 1150 and 1200, over the ruins of the ancient temple dedicated to the god Neptune and probably of a subsequent Arab mosque. Restored in Aragonese period, it was elevated to the rank of Royal Chapel. In the late XV century the Catalan congregation, come in Messina following Peter III of Aragon asked to the Spanish crown the use of the Church in order that “they would co-exist together due to theirdevotions”. From then on the Church had been known with the title of Saint Annunciation of the Catalans (or, simply, Church of Catalans).
The earthquake of December 28th, 1908 almost entirely spared it except the Baroque architectonic innovations and the structural bodies on the outside of the apse area, revealing the original architectonic structures testifying among other things the succeeding of different domains that have alternated in the city over the centuries. Today the Church stands at a lower street level because, after the 1908 earthquake, the modern city was rebuilt over the ruins due to the catastrophe.

Do you want to know this place?

The church of Saint Annunciation of the Catalans is a stage of the following tours. Don’t miss the chance of seeing it live!

Do you have any doubts?