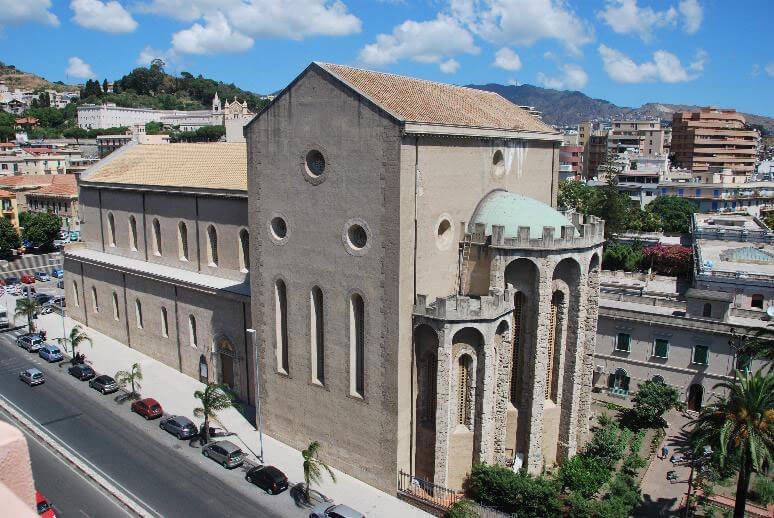 It is one of the oldest churches of Messina and its construction dates back to 1254. In this church we can see just one nave, which refers to the gothic-franciscan architecture. We can notice it in the beautiful apses. In this church very important people were buried as the Queen Elisabetta di Corinzia and her son Frederick IV, king of Sicily, who died in 1377.
In 1535 Charles V nominated this church as real chapel. In 1884, during a fire, the church was destroyed inside and a lot of works of art were lost. The temple hosted Saint Anthony and had a Renaissance cloister dating back to 1566. Since 1965 we can see in the church square a bronze statue of Saint Francis of Assisi. Inside there is an old tile floor of the destroyed convent with drops of St. Anthony’s blood. We can see this blood because he was flogging himself to have disobeyed the prior.

Do you want to know the S. FRANCESCO D’ASSISI CHURCH?

The S. Francesco D’Assissi Church is a stage in the following tours, do not miss the opportunity of seeingit with your own eyes! :