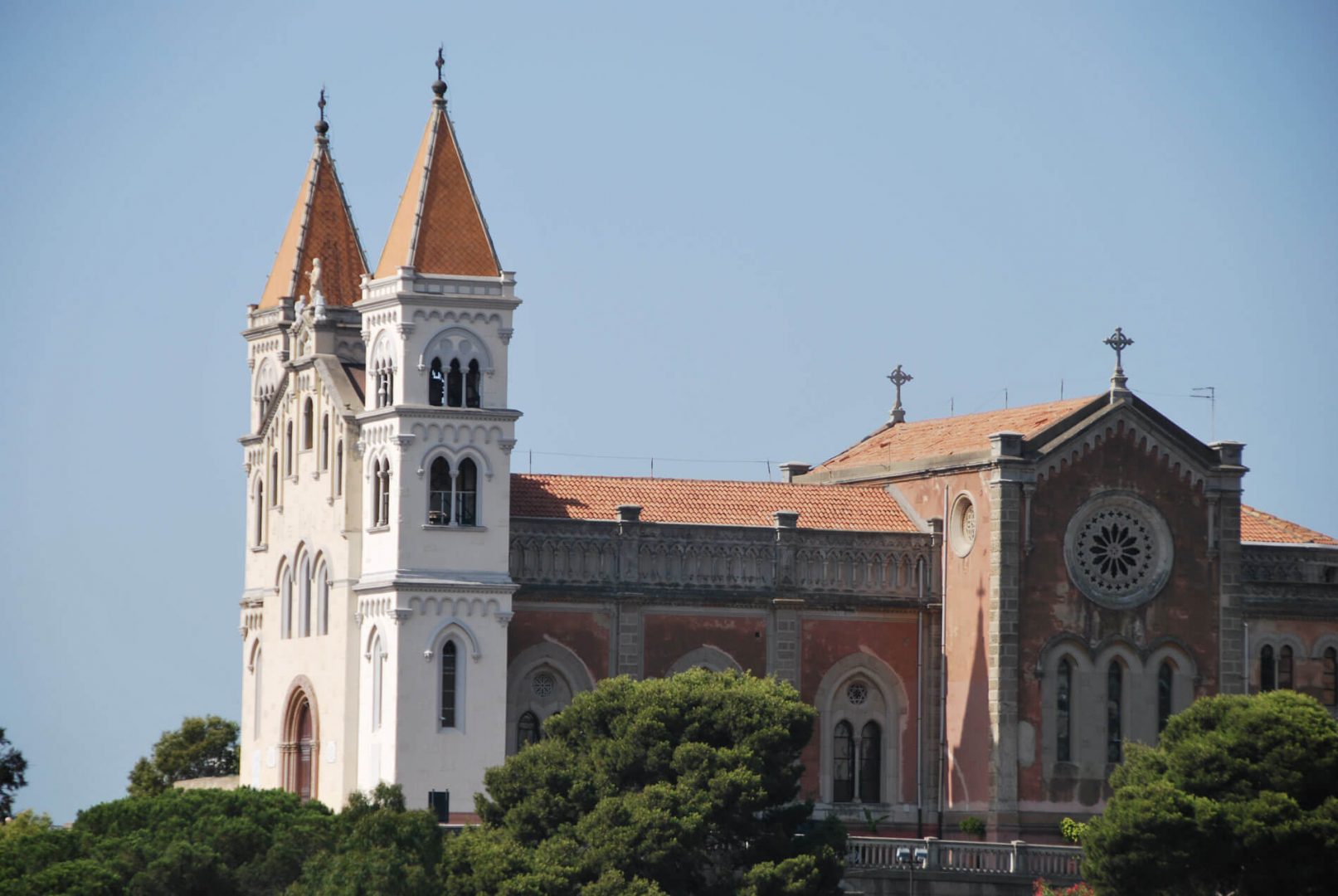 Dedicated to Our Lady of Victories, the Sanctuary of Montalto rises on the hill of Caperrina, defined the “Campidoglio di Messina” for the revolutionary movement of 1282 that saw the people of Messina committed against the siege of Anjou during the Sicilian Vespers. It is said that the Virgin Mary, in that year, in the guise of a White Lady deviate with her hands the arrows of the enemies and covered with her  white dress, the walls of the city making them invisible. In 1294 there was a second miracle when Our Lady appeared in a dream to a monk, telling him it was her  desire to rise in that place, a church  dedicated to her. She also said that the next day would send a white dove who with its flight would mark the perimeter of the church. Senators and the archbishop, on the appointed day, saw flying at noon, three times in the sky, a white dove, that indicated with its flight the perimeter in which they had to build the church. Rebuilt after the earthquake of 1908 the new sanctuary is still keeping extraordinary pieces of art.

Do you want to know SANCTUARY OF S. MARIA DI MONTALTO?

The Sanctuary of S. Maria Di Montalto is a stage in the following tours. Do not miss the opportunity of seeing it with your own eyes! :