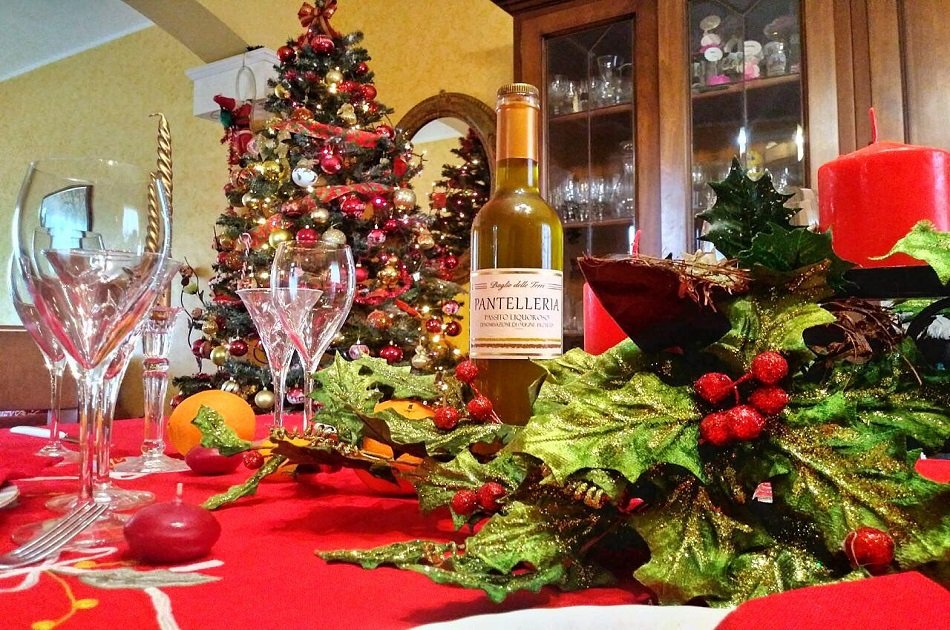 What is Sicily famous for? The Sicilian food tradition is deeply rooted into the island culture, and it can show all its creativity through the Sicilian recipes authentic taste, especially prepared during particular occasions. The Sicilian food is not only rich in flavor and full of colors, but furthermore it is an important way of sharing moments together.

For sure, Sicilians do not need to wait for Christmas to meet and eat together, but Christmas holiday time is one of the favorite periods of the year where to exaggerate planning rich lunches and tasty dinners, writing a Sicilian Italy foods list, going to the supermarket, buying all the ingredients and getting ready to prepare the typical Sicily’s menu to celebrate Christmas. Lot of Sicilian food and Sicilian recipes authentic of the Sicilian cuisine are the products of the contamination occured with several people, demonstrating us how the mingling of different cultures produces since ever wonderful and delicious results, especially in the Sicilian cuisine.

Let’s see below the Sicilian Italy foods list we usually eat at Christmas in Sicily.

What is Sicily like in December? The lights on the Christmas tree, the nativity scene, the melody of Christmas songs, our  beautiful reindeer sweater, the candles on a long table set in red and the delicious food scent coming from the kitchen: this is a picture of Sicily during December holidays. At Christmas families gather around a table spending long hours together. They exchange  presents, play cards and most of all they enjoy eating typical Sicilian foods. So while children are opening presents under the Christmas tree, granny and mommy are busy in the kitchen from the early morning to prepare their Sicily’s menu to bring joy at the table and to surprise family and friends.

The Sicilian food can vary according to the different cities traditions. The Sicilian cuisine often includes many peasant food recipes, but all of them share the rich and full-bodies flavors of the past and the abundance of the dishes. Anyway, at the end of the meal there will always be a little space in the stomach to be filled with our delicious Sicily desserts.

If you aren’t hungry yet, keep on reading to discover the outcome of a typical Sicily’s menu over Christmas holidays.

Sicily desserts:  the delightful conclusion of the Christmas Sicily’s menu

So this is it, the most challenging part of the meal is over, but before clearing the table and starting playing cards, opening presents or watching a Christmas movie on the sofa (maybe this time we'll avoid popcorn), we still miss something. At the end of the meal the Sicilian cuisine provides the tradition of eating dried nuts, such as peanuts, nuts, hazelnuts, and dried figs. And that’s not all! There is still a little more space to be filled to conclude the lunch or the dinner: we are obviously talking about the Sicily desserts to go with the final toast!

Along with the classic pandoro and panettone, which we like to cover with pistachio cream, it is a must to enjoy our delicious sweet Sicilian food: so let’s get some space on the table for cannoli and cassate, kings and queens of the ricotta-based sweet Sicilian foods, but also to torroni and the most traditional Christmas Sicily desserts, the buccellati: biscuits originated in Castellammare del Golfo, stuffed with dried figs, almonds, nuts, honey, jam and raisins. Sicily desserts are usually paired with sweet Sicilian wines or homemade Sicilian drinks, such as Limoncello, Malvasia, Passito and Zibibbo.

Now that the lunch is really over it may happen to hear someone say “I won’t eat for two days”, “I have to go on a diet!” or something like this, but don’t worry, it’s just a temporary feeling! We guarantee that after few hour from the digestion there will be someone already thinking about what to eat the next day. These are all typical effects and facts about Sicily Italy when it comes to Sicilian food.

Cheers! Merry Christmas to all of you from the staff Discover Messina!