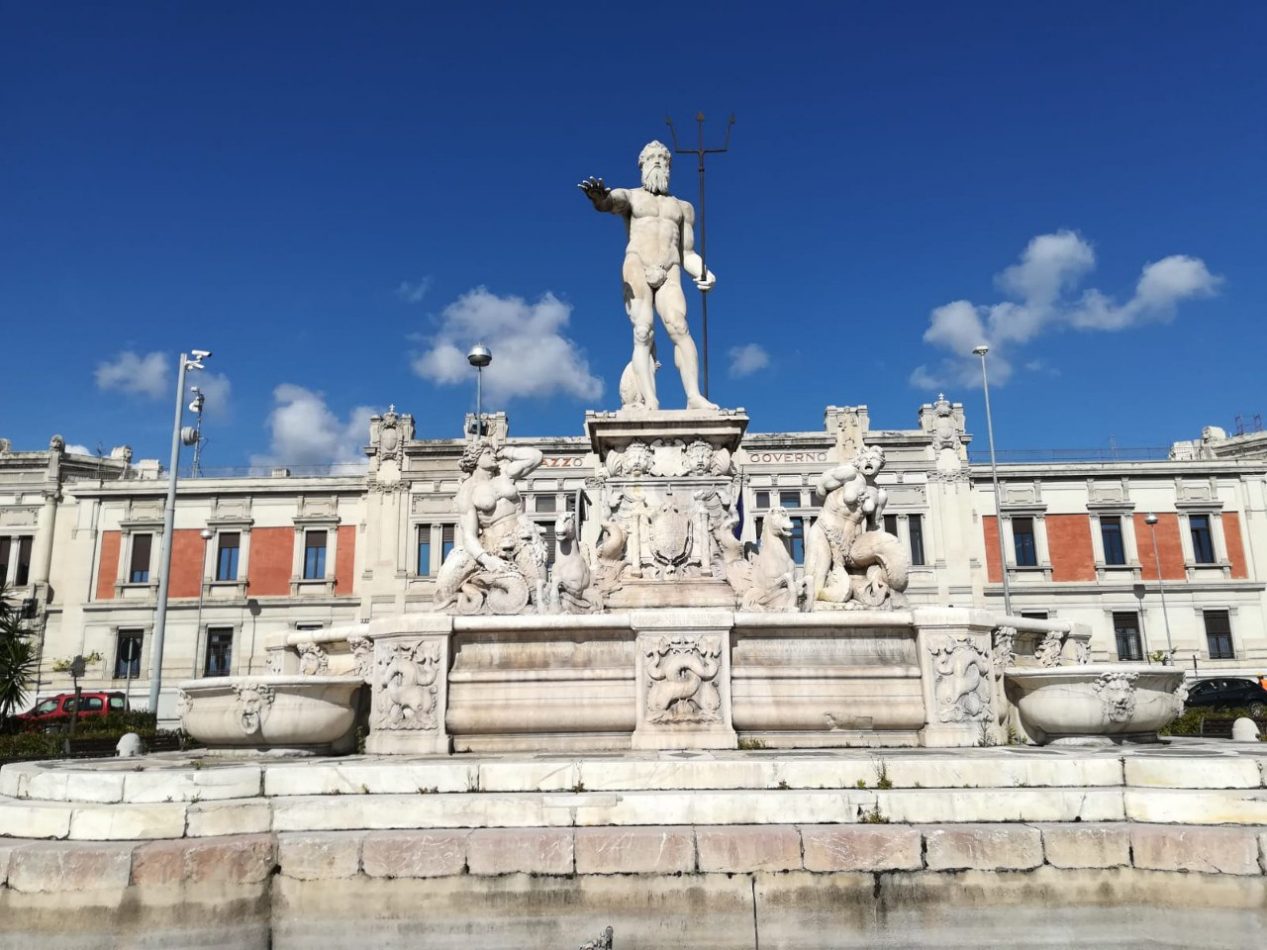 Welcome to Messina, a city that has the honour and the pleasure of being the gateway of Sicily and to welcome anyone that crosses its Strait to land in Sicily. Attracted by its beauty from afar, you just have to know some of the things to do in Messina and the many sicily day tours (as, e.g. the godfather tour) proposed so as not to find yourselves unprepared once you arrive.

You will immediately realise that the things to do in Messina are so many, from the naturally sickle-shape of its port, which from since the time began until today receives daily visits for sicily daily tours and which seems to want to embrace and hold tight us thanks to the presence of the votive column of the Virgin of the Letter, patron saint of the city, one of the major monuments of Messina which bears the Latin words "VOS ET IPSAM CIVITATEM BENEDICIMUS", in Italian "We bless you and your city". Whether you are a believer or not, you cannot remain indifferent in front of the greeting of the virgin Mary.

If today the visitors of Messina are mostly tourists and cruise passengers, in the past the foreigners who stopped in our city and left deep traces in our culture, traditions and monuments, unfortunately mostly lost during the earthquakes of 1783 and 1908, were Greeks, Romans, Arabs, Normans, Swabians, Angevins, Aragonese, etc. As dwarfs on the shoulders of the giants that preceded us, let’s discover together what the things to do in Messina.

Things to do in Messina

During Sicily day tours, the best things to do in Messina are the visit of monuments as the already mentioned Madonnina, and the magnificent sculptures of the Tuscan Giovan Angelo Montorsoli:

- student of the most famous Michelangelo, he settled in the Messina in the middle of the 16th century to build the sumptuous Orion Fountain in honour of the mythical founder of the city. This fountain was commissioned to him by the Senate of Messina to celebrate the inauguration of the first aqueduct of the city. This work was conceived and designed to adorn and contribute to the splendour of the city's main square, Cathedral Square. Among the things to do in Messina, therefore, a place is certainly occupied by what, according to the art historian Bernard Berenson, is the "most beautiful fountain of sixteenth-century in Europe". In front of the Madonnina of the port, you will see another Montorsolian heritage: the Fountain of Neptune. Partially destroyed by the 1908 earthquake, we can admire in Piazza dell'Unità d’Italia a faithful copy of the original one that is now in the Regional Museum of Messina.

- Staying on the same square, another of the important attraction is obviously the cathedral, whose apostolate inside was designed by Montorsoli too but was however destroyed by the Anglo-American bombings of 1943; we can now only appreciate some faithful copies except for the only survivor which is the statue of St. John the Baptist. In Messina, what to see if not the beautiful bell tower that stands next to the cathedral, famous for hosting the biggest astronomical clock in the world and to do every day, at 12:00 o'clock, a real show since 1933, when Ungerer brothers from Strasbourg set in motion for the first time the complex mechanism that entertains us daily for 12 minutes.

- Piazza Duomo, the heart of the city, also offers a tourist train service, that is one of the most suggested things to do in Messina, because allows you to have a Sicily day tours comfortably seated.

There are so many others things to do in Messina, a generous city with a good climate and a friendly population. It is always ready to open its doors to everybody, and once you arrive you will find enthusiastic guides who will make you live an unforgettable Messina tour! From here, you can also go on Sicily day tours: so many are the proposals, from Etna, to the Aeolian Islands, to Taormina passing through Savoca and Forza d’Agrò, the last two, villages chosen by Francis Ford Coppola as the set of his Il Padrino in which you can do the Godfather tour.

The visit of Messina will be a complete experience that will combine history, faith, tradition and good food, so don't be caught unprepared!