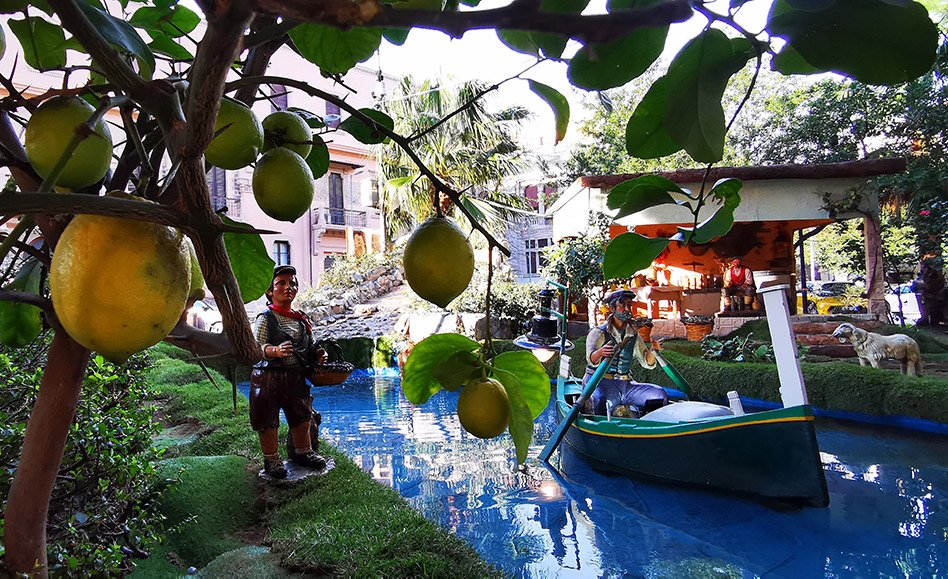 Christmas days are very important in Sicily, there are several traditions and customs in Italy during Christmas. Of course, the use of xmas trees is very common and certain towns and villages are decorated with Christmas lights, often a santa's village for children is prepared in the main square. Walking along the streets, you can listen to christmas songs (as, e.g, the famous Wham's "last Christmas") or visit a Christmas market, where you can buy local handmade products. But one of the most popular traditions in Italy is the representation of the nativity scene, admired both by local people and tourists, who come to Sicily to spend their Christmas holidays.

In Sicily, families adorn their houses and apartments with traditional Christmas decorations such as christmas trees and Christmas lights and each family creates its manger scene. Christmas cribs are usually made in several and original materials and they are often handmade. The tradition in Italy of nativity scene goes back to the Middle Age and it was introduced by Saint Francis di Assisi, who in 1223 set in a small town the first representation of the birth of Jesus. In Sicily, the tradition of Christmas cribs became common thanks to the Jesuits.

Nativity scene in Sicily is so important that we have museums and exhibitions, where some of the most ancient or original nativity sets are collected. In the following lines you will discover some places in which the nativity scene is set:

Sicilian villages in which you can find a living nativity scene:

These are some locations in which you can visit a suggestive nativity scene in Sicily, so if you are planning to spend your Christmas holidays here, don't miss them!

The entire staff of Discover Messina is glad to wish a Happy Christmas to you and your families! Keep following our blog to discover in the next weeks other about the sicilian food that we prepare during our Christmas holidays!

In collaboration with Tania Scipilliti